Do you ever wonder why ‘WineMoms’ don’t get it nearly as bad as ‘CannaMoms?’ Alcoholism is a severe issue that affects millions of people daily. However, society makes light of it with ‘WineMom’ culture. Conversely, moms that consume cannabis get the short end of the stick. Despite the taboo, CannaMoms have been a fundamental piece to parenting, especially amidst the COVID-19 Pandemic.

A ‘CannaMom’ is simply a mom who consumes cannabis. This could be before, during, and/or after pregnancy. Socially, most CannaMoms are daily cannabis consumers. Additionally, cannabis use while pregnant is reasonably common among adult women around the world. There are hundreds of thousands of pregnant women who consume cannabis during their pregnancy. Many pregnant patients use cannabis to ward off the adverse effects of their pregnancy. Cannabis is also used during this time to help cope with the realization of reproducing another human being. The repercussions of cannabis use during pregnancy are more social than physiological. This is because most moms are drug tested throughout their pregnancy. In more cases, than we’d like to acknowledge, mothers have had their children taken from them by child service agencies simply for testing positive for low levels of THC during their pregnancy. 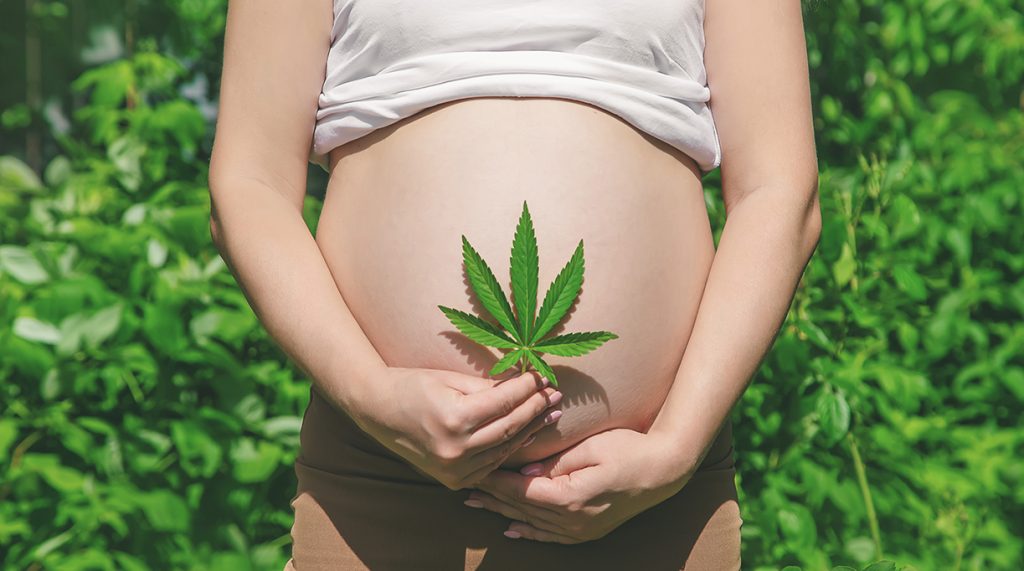 How cannabis works with CannaMoms (and everybody else)

Did you know that all humans can digest and metabolize cannabis and its associated effects? The Endocannabinoid System is the network within the human body tasked with the distribution and digestion of cannabis and cannabinoids. This system is also referred to as the ECS. The endocannabinoid system is also found in many other mammals and a few amphibians. The ECS consists of a system of nodes known as receptors created to respond to the cannabinoids found in virtually all strains of cannabis. The ECS was discovered in the 1980s. Two college-educated researchers were able to locate most of the nodes of the system. The bulk of CB2 receptors were found throughout the digestive tract. Some researchers believe a correlation exists between cannabis’ ability to ward off Crohn’s Disease and the location of CB2 receptors. CB1 receptors can be found mainly in the brain.

After interviewing a group of mothers who consumed cannabis throughout their entire pregnancy, there was not a single parent who believed cannabis consumption during their pregnancy had adverse effects on their child’s overall health. Furthermore, many of these CannaMoms (and CannaDads) believe weed to be the primary form of relief for common pregnancy ailments such as nausea, lack of appetite, and morning sickness.

Some mothers recall their doctors recommending cannabis consumption to combat the ailments mentioned earlier. The actual danger of cannabis use during pregnancy comes from the drug testing performed by virtually all state agencies to determine if a mother is ‘fit’  to raise a child. Since cannabis is technically still a schedule I controlled substance, most of these agencies will remove a child from their parents simply for consuming cannabis.

More misconceptions with cannabis and parenting

There are a multitude of misconceptions that are commonly associated with cannabis use during pregnancy. One of the biggest misconceptions is that cannabis use while pregnant will inevitably lead to a bevy of health problems and defects for the CannaMoms and their offsprings. Some of these ailments include Autism, Crohn’s Disease, Asperger’s, ADHD, and more. There are no studies that have been performed that can affirm the latter. Society simply believes that using ‘dope’ during one’s pregnancy is essentially getting their child high way too soon. There also haven’t been any studies performed to support the previous statement. The propaganda of the Reefer Madness Era of the 1920s is credited with spreading this false information.

Welcome To Green On The Go Delivery. Sign-Up For Exclusive Deals and Limited-Time Offers.

*By signing up, you agree to receive recurring marketing emails and (sms) text messages from Green On The Go at the email address & phone number used when signing up. Consent is not a condition of any purchase.
Terms And Conditions